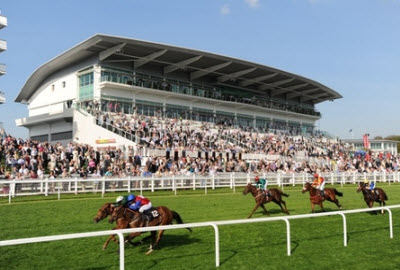 It’s time to preview the likely horse racing entries in the 2013 Epsom Derby from Epsom Downs.

The 2013 Epsom Derby, also known as The Derby Stakes or The Derby in England, is a group 1 flat horse racing that is open to 3-year-old colts and fillies.  The Epsom Derby covers a distance 1 mile, 4 feet, and 10 yards which is almost identical to 1.5 miles and is run on the grass at Epsom Downs.  The race is the most prestigious in Britain and is one of the top horse racing spectacles in the world each year.

There are currently 15 horses listed among the potential entries for the 2013 Epsom Derby and Bovada Sportsbook has odds up on all of them even though the race won’t be ran until Saturday, June 1st.  Click on our link in this paragraph to get signed up for an account and you’ll receive a 20% cash bonus on top of your deposit!

Dawn Approach – This Godolphin-owned horse is undefeated in 7 career runs and recently took 1st in the English 2000 Guineas but has never ran at most than 1 mile.  Dawn Approach is sired by 2008 Epsom Derby winner New Approach who handled the longer distances just fine.

Magician – Aidan O’Brien’s top Irish invader in the Epsom Derby this year has recently won the Irish 2000 Guineas and the Dee Stakes and has gone 1 mile or longer 3 times while winning all of those races.  Magician is sired by 2001 Epsom Derby winner Galileo.

Battle of Marengo – Another Aidan O’Brien horse from Ireland sired by Galileo, Battle of Marengo has won 5 straight races headed into the Epsom Derby with the last 4 of them coming at a mile or longer but against lesser competition than the 2 race favorites.

Ocovango – Britain’s top hope in the 2013 Epsom Derby has won 3 races in a row with all of them coming at 1 mile or longer.  Ocovango is one of the few horses in the race proven at this longer distance.

Ruler of the World – Once again an Aidan O’Brien horse sired by Galileo, this 3-year-old has only competed twice but won at 1 ¼ miles in the Maiden at Curragh and at 1 9/16 miles in the Chester Vase at Chester.

Chopin – This German invader won the Dr Busch Memorial at Krefeld in his only career race.  That win was at 1 1/16 miles but Chopin is truly a wildcard because of the lack of big races.

Mars – If you guessed another Aidan O’Brien/Galileo horse you would be correct.  Mars looked good on synthetics in the Maiden at Dundalk but then was 6th last time out in the English 2000 Guineas in his first trip at longer than 7 furlongs.

Libertarian – This is a British horse from New Approach who has displayed some excellent potential.  Libertarian was 1st last time out in the Dante Stakes at York Racecourse at 1 5/16 miles, giving him some experience at a longer distance.  He was also 4th in the Classic Trial and 1st at the Pontefract Maiden Stakes with both races coming at 1 ¼ miles.

Festive Cheer – France’s best hope in the Epsom Derby has won a Maiden at Dundalk but was 3rd in the Prix Hocquart (1 3/8 miles) at his only attempt at longer than 7 furlongs.  Festive Cheer is sired by Montjeu who won a number of elite races at close to the Epsom Derby distance.

Galileo Rock – This Galileo horse is trained by David Wachman and has plenty of experience at longer distances but no big wins.  Galileo Rock recently took 3rd at the Classic Trial and 5th at the Autumn Stakes.

Trading Leather – Sired by the undefeated Teofilo who was in turn sired by Galileo, this 3-year-old was 3rd in the Irish 2000 Guineas and 2nd in the Dante Stakes while facing some strong competition for much of his career.  All 6 of his career races have been at 1 mile or longer and he’s finish top 3 in all but 1.

First Cornerstone – This is another Irish horse in an Epsom Derby field full of them.  First Cornerstone won the Futurity Stakes last season but was a disappointing 5th at the Irish 2000 Guineas and has never run longer than 1 mile.

Mirsaale – This British horse was an afterthought for the Epsom Derby before an impressive 1st place finish at the Conditions at Epsom Downs at 1 ¼ miles put him as a likely entry into the field.  Mirsaale is sired by 2006 Epsom Derby surprise winner Sir Percy.

Flying the Flag – Another O’Brien/Galileo horse, this 3-year-old has finished no better than 6th in his last 3 races, has never gone longer than 1 mile, but has also faced strong competition in recent runs.

Ocean Applause – The 2013 Epsom Derby long shot has never won through 12 career races and has in fact never finished top 2.  Ocean Applause has the most experience and has gone 1 mile or longer 5 times and it’s worth noting that his sire Royal Applause won the Duke of York Stakes after finishing no better than 9th in his 3 other career races.