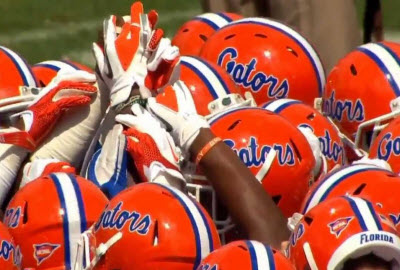 ESPN has the television coverage starting at 7:00 PM ET.

The SEC is a bit more wide-open than usual with the Alabama Crimson Tide already suffering their first loss of the season. There are four SEC teams ahead of Alabama in the AP Top 10 this week, including the No. 6 LSU Tigers (5-0 SU, 2-3 ATS) and the No. 8 Florida Gators.

The Tigers will be the favorites when the lines for this game are published; they've covered the spread in four of their last five meetings with Florida. However, the Gators have been very impressive in their first season under head coach Jim McElwain, a former offensive co-ordinator at Alabama who was named 2014 Mountain West Conference Coach of the Year after leading the Colorado State Rams to 10 wins at 8-5 ATS.

While McElwain's Gators should have the advantage on offense, Les Miles and the Tigers have one of the premier defenses in the FBS. That defense could get even better if safety Jalen Mills is available to play on Saturday. Mills has yet to make his season debut after having surgery on his ankle in August.