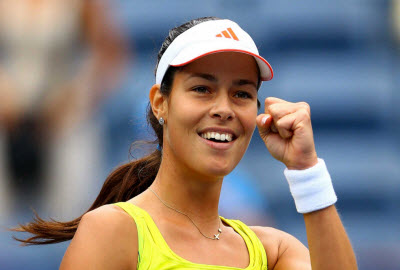 Former World's No. 1 Ana Ivanovic continues her long climb back to the top in Luxembourg, where she won her fifth career title in 2007.

Online bookies have Ivanovic odds at +300 at press time to win it again, followed by top seed Timea Bacsinszky (+400) and another former No. 1, Jelena Jankovic (+500).

It's been eight years since Ana Ivanovic won the Luxembourg Open, and seven years since she was the top singles player on the WTA Tour.

But Ivanovic has been making strides the past few years, enough to become the +300 favorite to win her second title at Luxembourg.

Bet on tennis at Bovada and get a free 50% bonus.

Eight years ago Ivanovic took down the Luxembourg Open that year, then went on to win the 2008 French Open and claim the No. 1 spot in the rankings.

Ivanovic hasn't reached that level since, but she's enjoying something of a comeback at age 27, and she's the +300 favorite at press time to win her second title in Luxembourg.

It was a quick fall from grace and a slow climb back up the mountain for Ivanovic. But after a number of coaching changes, the Belgrade native started putting things together again in 2013. Ivanovic has had some mixed results this year, but she's well on her way in Luxembourg after beating Heather Watson in the first round on Tuesday.

According to the odds, Ivanovic's toughest competition should come from Timea Bacsinszky (+400) and Jelena Jankovic (+500).

Get all your WTA odds at Bovada today.