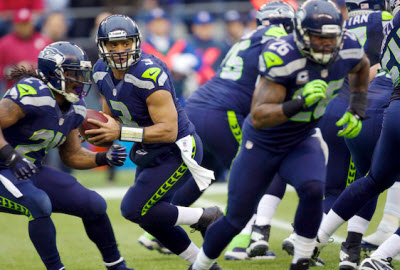 When people are sizing up their betting options, any piece of information can make the difference.

And here's a tidbit to consider. Since Week 7 of the 2014 season and through Week 3 of the 2015 season, NFL teams are 1-11 in the regular season the week after they play the Seattle Seahawks. The lone exception are the Green Bay Packers, who ended an eleven-game slide by those teams with a Monday night rout of Kansas City.

So why is this happening? First, let's look at the streak.

Week 8: The Panthers lost to the Seahawks and then got killed by New Orleans in Week 9.

Week 10: The Giants lost at Seattle and then lost 16-10 at home against San Francisco.

Week 11: The Chiefs actually beat the Seahawks in Week 11, but then they lost 24-20 the next week in Oakland, giving the Raiders their first win of the season.

Week 13: The 49ers lost to Seattle on Thanksgiving and then lost at Oakland the next week, 24-13.

Week 2: The Packers beat the Seahawks and then ended the long streak by beating the Chiefs on Monday Night Football.

So what's the rationale for this trend? Seattle is one of the most physical teams in the NFL. That could exact a toll from the opposition that could hang over into the next game. It's also possible that teams were so ramped up to play the Seahawks that they overlooked their next opponent. Either way, it's definitely a trend to watch with the next ones up being the Detroit Lions, listed as +9.5 underdogs on MyBookie.ag for their Monday night match.