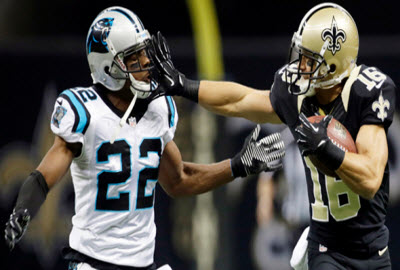 The first two weeks of the NFL's 2015 regular season really have turned some expectations over on their heads.

The Cleveland Browns have already given the starting quarterback job to Johnny Manziel after Josh McCown turned in a disappointing Week 1. The Philadelphia Eagles, who were supposed to be the team to beat in the NFC East, are 0-2 after a shaky Week 1 against Atlanta and a Week 2 performance against Dallas that Fox analyst Troy Aikman simply described as “embarrassing.”

The Buffalo Bills were ready to take out years of frustration on the New England Patriots in Week 2, only to see Tom Brady pass for more yards against Buffalo than any other team had. That's in 66 years of the team's existence.

So what can we expect out of Week 3? Will Jacksonville stage another upset? Will Jameis Winston lead his team to a second win in a row? Check out these picks for the upcoming week.

The big story here, of course, is that the Dallas offense now doesn't have its starting quarterback (Tony Romo, out for at least two months) or its top wide receiver (Dez Bryant, out for at least four more weeks). Its best pass rushers (Randy Gregory and Greg Hardy) are at least a month away from returning, and its star tight end (Jason Witten) sprained both ankles and one knee in Week 2.

However, the Cowboys defense simply didn't let the Eagles move the ball at all.. Can it do the same to the Falcons, though? Julio Jones is one of the most electrifying wide receivers in the game right now, and his wizardry against the New York Giants in Week 2 brought the Falcons an important win. However, the Falcons never play as well on the road. I like Brandon Weeden to play well enough, and for Darren McFadden to run well enough, for the Cowboys to clamp down on the Falcons and win in a tight affair. 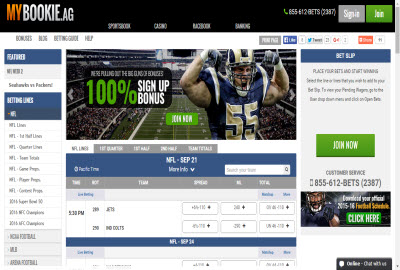 NHL, NBA, and a easy to use mobile betting platform available anytime and anywhere.

On top of betting on your favorite teams and sports, Mybookie.ag online sportsbook offers players a series of generous welcome bonuses* and rewards. All you need to do is sign up today for free and in less than five minutes you’ll be ready to start betting and winning. sign up now and get 100% bonus* up to $1,000. So what are you waiting for? Join Now!

*Promotions and bonuses are restricted to one per deposit, person, account, household, email, telephone number; same payment account and shared computer such as school, public library or workplace.All promotions are for recreational players only.

The Ravens are always a tough opponent at home for other teams in their division. However, Andy Dalton has his Bengals off to a terrific start. He has not surrendered any sacks, and the Bengals have dealt out real punishment to their opponents in the first two weeks. I like the Bengals to do the same thing and come out of Baltimore with a win. It won't be by more than three points (or maybe six), but they will beat the Ravens. After all, Andy Dalton's not having to play a night game!

A lot of people thought this would be the season when the New Orleans Saints came back into form. Drew Brees was set for an awakening, and the Saints would right their ship and claim the NFC South. However, the Saints look awful right now, as their Week 2 home loss to Tampa Bay showed. Look for Carolina to keep the Saints down in the doldrums. Will the Saints panic with an 0-3 record?

We have 11 guests and no members online